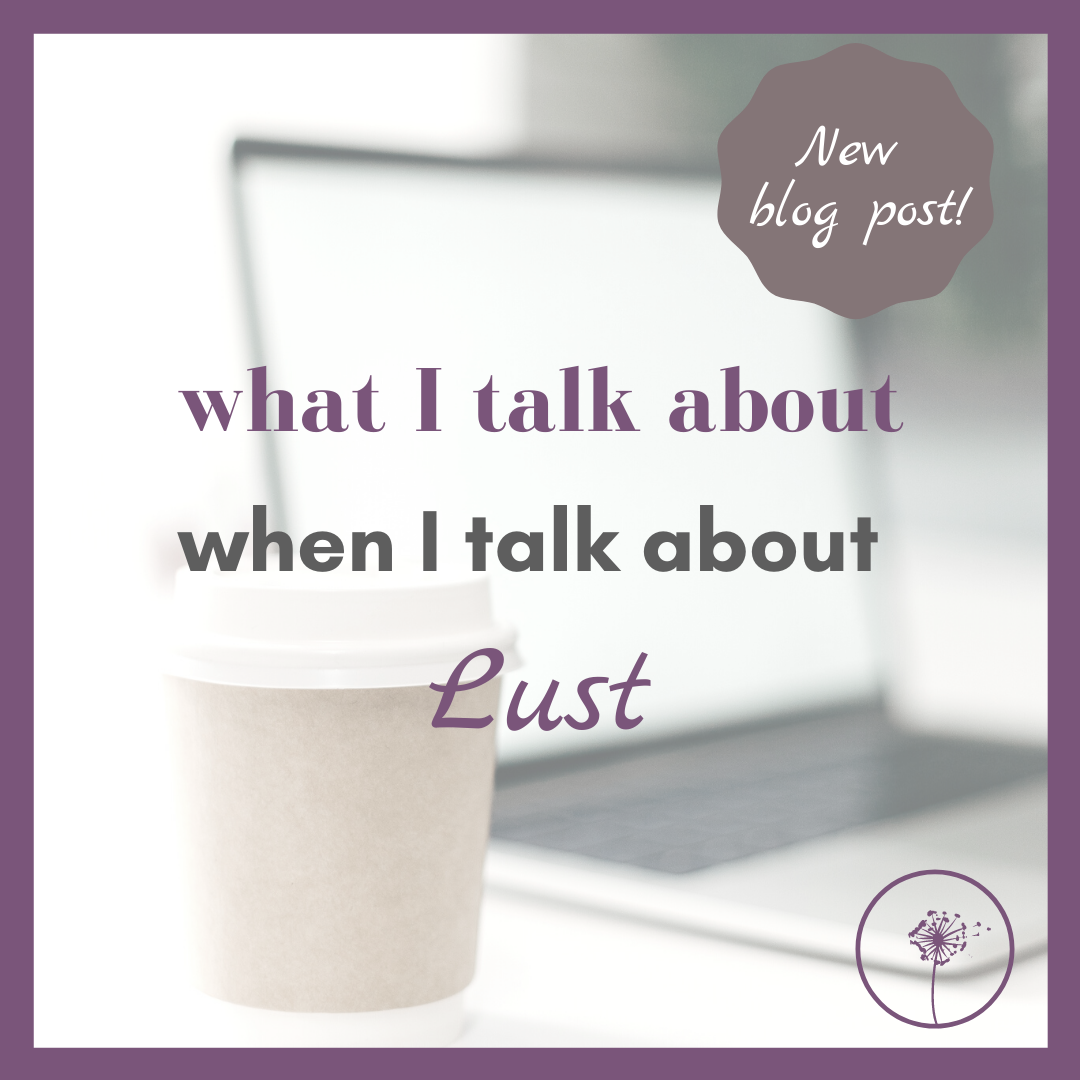 Brothers and sisters, this morning I committed the sin of Lust. On Zoom. In front of colleagues. Unashamed.

It was hot. It was sensuous. It was a Tim Horton’s double-shot cappuccino. Accompanied by an apple fritter.

It was lust in the fullest sense of the dictionary definition: “a passionate or overmastering desire or craving.”

Clearly lust isn’t all about sex, it’s about desire–the kind of desire that stops at nothing and no one until it is satisfied.

It’s only relatively recently in the history of the English language that the word Lust has been pigeon-holed into strictly sexual connotations. That’s what lust does, it distorts things–even languages. It bends things out of shape to make everything about itself until it gets what it wants.

Back in the day, lust was a pretty big deal. The Christian tradition is replete with the accounts of saints–both men and women (e.g. St. Mary of Egypt and St. Justina)–who fled to deserts and monasteries to avoid giving lust dominion over their minds and bodies.

When I read their stories and other historical writings on the topic of lust, I sometimes wonder whether they weren’t a bit… puritanical. Fixated. (Read St. Augustine’s Confessions if you’re not sure what I mean–it’s held together by lengthy lamentations over his past sexual misdeeds.)

Surely there are worse sins, my modern, enlightened mind pipes up.

After all, today we’re bombarded by hypersexualized messaging pretty much any time we enter a public space and we turned out okay, didn’t we? <polite chuckle>

It’s worth wondering, however, why we are so quick to minimize lust and the damage it does to the human psyche. Perhaps this impulse says more about our own shortcomings than that of our early Christian forebears.

Perhaps what we perceive as severity belonged to an intuitive understanding of sexuality and the human person that has been lost over the centuries.

Alexander Schmemann had it right when he wrote that “the broken character of our existence is nowhere better manifested than sexual lust–the alienation of the body from the life and control of the spirit” (Great Lent, p. 36). Lust and sexual sin signify dissolution on the most intimate level of the unity between mind, body, and soul which comprise the human person made in the image of God.

I say this not to call anyone out, but rather as a reality check for all of us: if anyone alive today believes we are immune to lust or the damage it causes, we’re kidding ourselves.

Our society lives and breathes on lust and its discontents–hypersexuality, the objectification and commodification of bodies and body parts, the sexual mistreatment of women and children (and men), and the tragic epidemic of human trafficking, to name a few.

And just as a bird cannot see the air as long as he flies in it, it is nearly impossible for us to see the full extent of damage lust has done to us, to our souls, to our families, to our world.

Even Christian circles that still weigh sexual sin pretty heavily manage only to do so only through the obscuring filter of modernity and post-modernity, both of which in their own ways dissociate sex and human sexuality from the full picture of what it means to be human. As a result, we Christians resort to reductive and shame-inducing condemnations of specific sins (e.g. pre-marital sex, masturbation, looking at pornography) rather than teaching and learning what it means to be fully human. We believe these things are “wrong,” but we aren’t really sure why. So it turns into an exercise of jumping through hoops to avoid shame, taint, and to satisfy social expectations.

We miss the big picture, namely the new manner of being we are vehemently called to in Christ, of which our sexuality is (or should be) an integrated part. And when we miss that bigger picture, our efforts to excoriate specific sins–valiant though they may be–at best clean only the outside of the cup, at worst do more harm than good even inside the cup.

If all we do is focus on not doing the wrong things, we will miss the opportunity to do the right things, i.e. to become whole human persons.

I mentioned before that lust isn’t just about sex, it’s about desire–what we do with it, how we internalize it, how much weight we afford it, how we understand desire within the broader context of who we are and are called to be in Christ.

We rage against pre-marital sex, but do we adequately help young (and old) adults learn how to give and receive love in ways that are simultaneously self-sacrificial and self-actualizing? Do we actually examine within ourselves–and help others to examine within themselves–the God-given modes of desire that lust distorts and robs us of? The desire for companionship, for vulnerability, for community; the desire to be fully loved and fully known; the desire to be integrated with others while retaining our selfhood? Have we learned how to exercise these desires in ways that are God-, neighbor-, and self-loving, rather than simply self-gratifying?

I don’t know. But if we don’t attend to these things, I don’t think we will ever fully depart from lust, even if we manage to get our more taboo sins under control.

What all this means for my cappuccino fetish remains yet to be determined–pray for me. (No, seriously.)

Time and the 8 Evil Thoughts Series