Time and the 8 Evil Thoughts: A Lenten Journey

Time and the 8 Evil Thoughts: A Lenten Journey 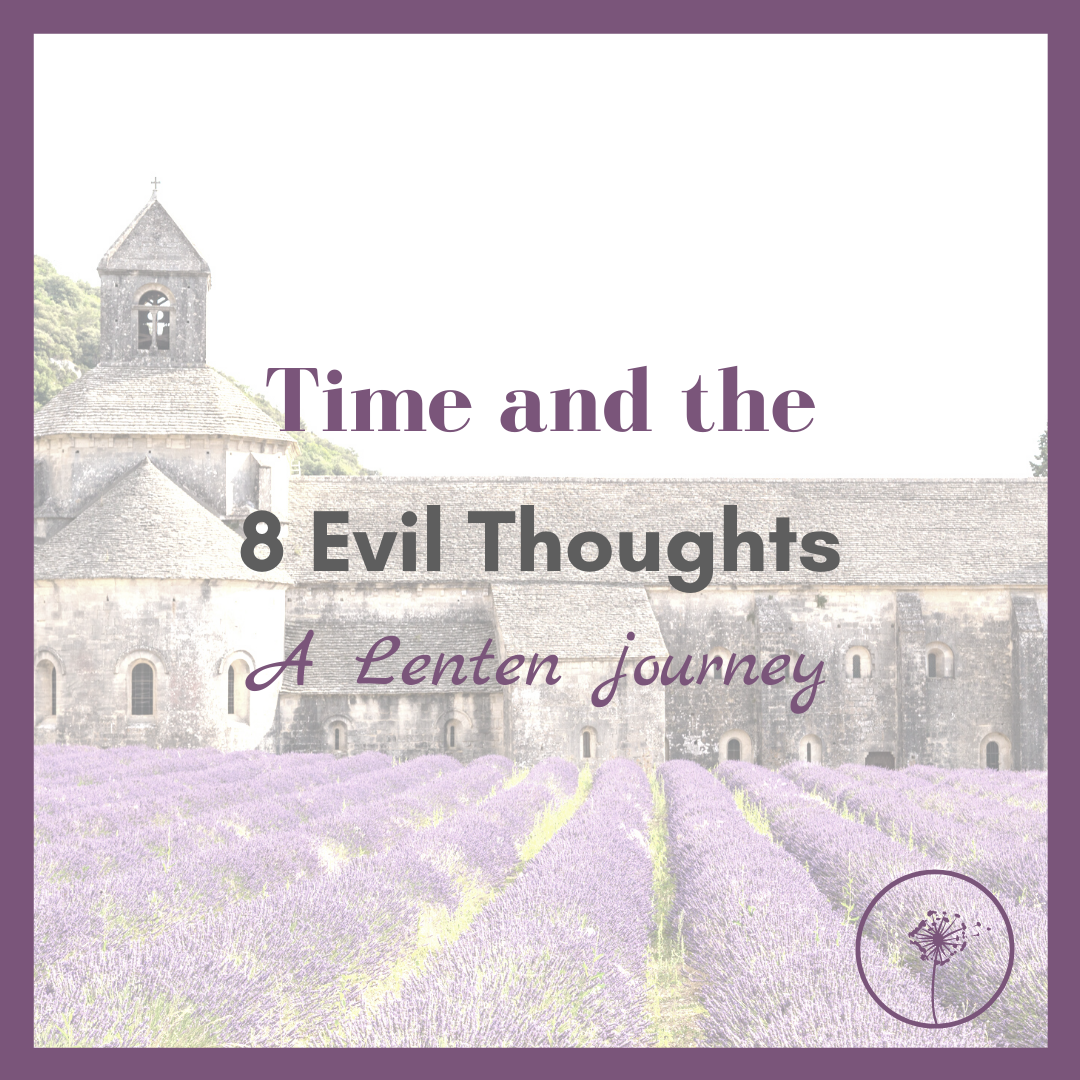 When did sin become a four-letter word? A taboo. A conversation stopper. A party pooper.

For me at least, it often seems easier to allude to some general, existential “brokenness”–a fallenness that permeates all our being and creation–than to speak of actual sin and (even trickier) sins.

In its scant syllable, that impolite, judgmental s-word challenges the idealistic vision of humankind upon which the philosophical Enlightenment was based (which holds that man is basically good) and into which we continue escape from the tributaries of post-modern Western anthropology, diluted and polluted as they have become by the legacies of cultural Calvinism (man is basically depraved), moral relativism (whether man is good is relative and thus irrelevant), and nihilism (man is basically… aimless).

To speak of sin is, ironically, to commit perhaps the only sin that remains today’s moral framework: it is to be judgmental.

But what if we could talk about sin outside the strictures of fear and judgmentalism? What if we could understand sin–our actual participation in it through thoughts, words, and deeds–as a sickness in need of healing rather than transgression in need of punishment? And what if we could see our awareness of this sin–and the path out of it–not as an act of self-hatred but self-care? Soul care? Indeed, this is the literal meaning of psychotherapy.

The ancient term for sin was hamartia, a Greek word that literally means to miss the mark. It’s a term that precedes Christianity–for Aristotle, hamartia referred a protagonist’s fatal flaw, the character deficiency that pushes a drama away from comedy and towards tragedy.

In early Christian understandings, hamartia reveals an understanding of sin as brokenness, as spiritual sickness in need of healing and redemption, rather than a reductive set of evil acts to be punished. It also sometimes referred to sins of omission rather than commission.

Anyone who has tried to chart their sin life knows how challenging a task that is. It’s hard enough to become aware at all of the countless silent ways we miss the mark of our better intentions, our better selves, still harder not to get lost in it all. In despair, self-hatred, or even just distracting self-focus.

The 8 Evil Thoughts are one of the oldest maps of sin.

This framework was first schematized by Evagrius Ponticus (d. 399), an early ascetical theologian active in the deserts of Egypt. So prolifically did Evagrius write about the inner life of monastics that he is occasionally referred to as the father of psychotherapy (not in the same way Freud was; I refer you to the literal meaning of psychotherapy mentioned above).

The 8 Evil Thoughts were gluttony, lust, greed, sadness, acedia (despondency), anger, vainglory (selfish ambition), and pride. Of course, there are many more ways to sin than just eight. Still, like finding the cardinal directions on a map, learning these traditional sin categories and how they were believed to play out in the time and circumstances of our lives allows us to begin to orient ourselves within the much vaster landscape of sin–and redemption.

In my faith tradition (Eastern Orthodoxy), Lent begins a week from today, on March 15. Since during this season we draw inward and attend perhaps more than usual to the reality and effects of sin, I’ve decided to reflect on one of the eight evil thoughts per week for the next two months. Specifically, I’ll be pondering the relationship between the 8 Thoughts and time. How do things like anger, sadness, etc. play themselves out in time? How do our incomplete, human perceptions of time contribute to our inclinations toward sin and self-focus?

>> To travel this journey with me, I’ll be posting on this blog every Monday about the 8 Thoughts and following that up with daily posts, quotes, and videos on Instagram.

If you’re interested in diving deeper into the connection between time and sin–specifically the sin of despondency or acedia–check out my first book, Time and Despondency. There’s even a free Lenten study guide if you happen to start reading during Lent!