Stability of Place: Seeking God in Close Quarters with Benedict of Nursia

Stability of Place: Seeking God in Close Quarters with Benedict of Nursia 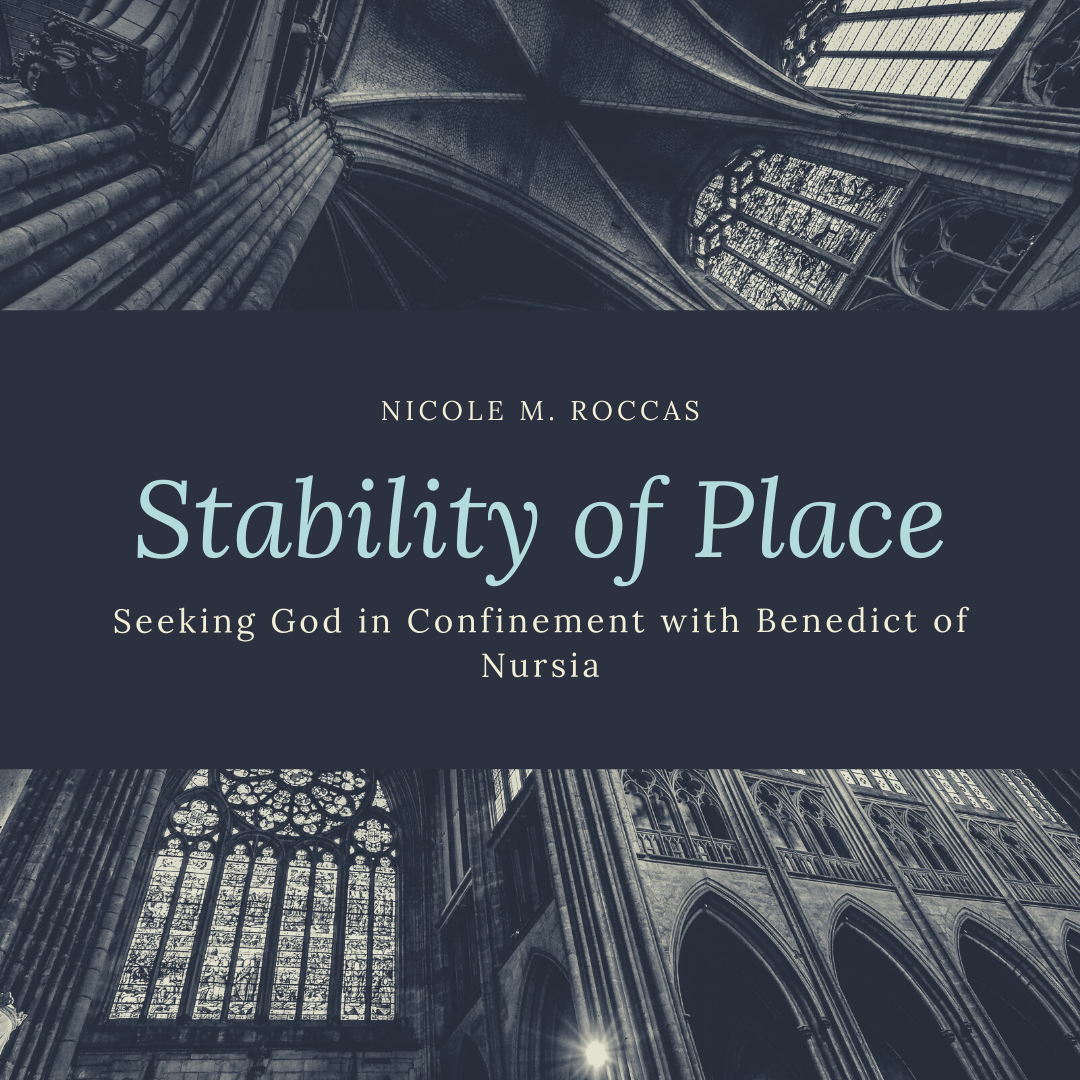 The consensus among the handful of us who were huddled into the small college chapel that night at St. Michael’s College in Toronto, waiting for the vesperal liturgy to begin, was that were worshiping on borrowed time.

Only hours earlier, in response to mounting concerns over the COVID-19 pandemic, the president of our university had suspended all in-person instruction, indefinitely scattering students and professors alike to the desert of our respective homes and provinces. The halls, normally clamorous with evening janitors and dormitory students, were already unnaturally silent. Although non-academic gatherings (including religious services) were not yet prohibited, that was sure to happen any day, any hour.

The solace of tradition often proves to be the most life-giving amid change and uncertainty, and that night was no exception.

As the world turned around us, wobbling precariously closer to a virus that barely had a name weeks prior, the prayers we offered were entirely, predictably, mystically ordinary—the same words and hymns Christians have been lifting up to their Maker for millennia (the Presanctified Liturgy we celebrated that night, a staple of the Eastern Orthodox Lenten period, was first documented in the sixth century).

And amid that sacred ordinariness—in which an act as mundane as turning the page of a calendar can throw God’s presence in time into sharp relief—it happened to be the Feast of St. Benedict of Nursia, observed by the Christian East on the eve of March 14.

What a coincidence, I marveled. With the barrage of “shelter-in-place” orders being issued across North America, I’d been thinking all day that the phrase had a vaguely Benedictine ring to it, not realizing until then that it was his feast.

Stability of place, stabilitas loci, was a central element of communal life for Benedict, listed in his famous Rule as one of three vows a person must make to be received as a monk (the other two being obedience and conversion of life to Christ).

The vow of stability entailed remaining within the same cloistered community for one’s entire life. Benedict criticized the Gyrovagues, itinerant monastics whose perpetual travel required them to live off the hospitality of others. “Always wanderers and never settled,” he wrote of them, “they are slaves to their own pleasures and the snares of gluttony.”[1]

Of course, the vow of stability was as pragmatic as it was spiritual–for a community to endure and be self-sustaining, its members needed to count on one another to be there and continue working from one day to the next.

Yet stability of place was also a more ephemeral spiritual good, a virtue, albeit less concerned with valorizing specific places over others (e.g. religious spaces over “worldly” ones) than it was with cultivating a way of being in those spaces. A life lived in the spirit of stability found freedom rather than limitation in the concentrically confining circles of outward circumstances: from the monastic community (and, somewhat more perilously, the people in that community: “Hell is other people,” Jean-Paul Sartre once observed) down to a single cell; to the sorrows in one’s heart; to the ever twisting kaleidoscope of time and chance that afflicts even the most remote enclaves with such unforeseen maladies as sickness, drought, plague, strife, or sorrow.

For Benedict, the journey toward Christ is best undertaken by a soul who had pledged himself to his immediate circumstances and surroundings for the rest of his earthly existence, come what may.

This tenet anchored the monastic ethos in a kind of surrender—to the confines and grievances that could arise over the course of a life spent in a monastery, yes, but on a deeper level to the lived reality God grants a person at any given moment. In vowing to maintain stability of place, a soul begins to learn that the true journey of the Christian life is not to Rome or Constantinople or even to church, but inward, to the interior prayer chamber of the heart, the place where we encounter Christ. Despite how cramped it may appear from a distance, this pilgrimage is as boundless as a monastery is circumscribed by walls and wilderness.

Perhaps it was this sentiment, several hundred years later and with the golden age of Christian pilgrimage on the horizon, that inspired Irish abbess Samthann of Clonbroney to proclaim:

Were God to be found overseas, I too would take ship and go. But since God is near to all that call upon him, there is no constraint upon us to seek him overseas. For from every land there is a way to the kingdom of Heaven.[2]

In our own season of lock-down protocols and quarantine measures, when we can no less take a jaunt across town to church than a pilgrimage to the Holy Land, her words are of timely solace.

Not that stability of place—whether initiated by a monastic vow or a state mandate—is easy. It never has been. Through the first millennium and beyond, entire treatises were written to help monastics guard against Wanderlust and a pervasive dissatisfaction with their cells and communities.

It’s a difficulty many of us can relate to at the moment.

Isn’t that the crux of it?

Even the most idyllic surroundings become confining once we are compelled to stay put.

But the flip side is also true: even the smallest cell becomes more spacious when we choose—freely, intentionally, gratefully—to remain.

“Here I shall dwell,” the Psalmist once wrote, “for I have chosen [it]” (Psalm 131:14).[3] Evagrius Ponticus, a fourth-century ascetical theologian, advised monks to make this verse their prayer whenever they they were consumed by listlessness and discontentment toward their circumstances, specifically their narrow dwelling places.[4]

When the day seems long, the city too quiet, my apartment too cramped and dusty, when the thought of cooking yet another dinner for yet another evening of solitude for who knows how long is too demanding: Here I shall dwell, for I have chosen it.

Free will rarely takes the form of some monumental act of resistance or rupture. Most of the time, it looks more like an almost mundane acceptance, the simple steadfastness of abiding in reality as it is, in all its precariousness—with gratitude, even.

Back in that chapel, now weeks ago, I pondered the strange serendipity by which St. Benedict’s feast had fallen at precisely the moment so many across North America were being called into their own vows of stability.

As we expected, the borrowed time quickly ran out. That night was the last time we gathered in that space—or any public space, really—until… How long, O Lord? We are still, to quote TS Eliot, “in the waiting.”

And as I settle into that waiting, settle into the grief of isolation, settle into the prospect of what the future beyond this pandemic will be like, I return often to the memory of Benedict, hoping to find in this stability not a prison or a meaningless holding pattern but rather—as he put it—a “workshop,” an apprenticeship in the spiritual life.[5]